Get fresh music recommendations delivered to your inbox every Friday.
We've updated our Terms of Use. You can review the changes here.

Can't Keep A Good Man Down 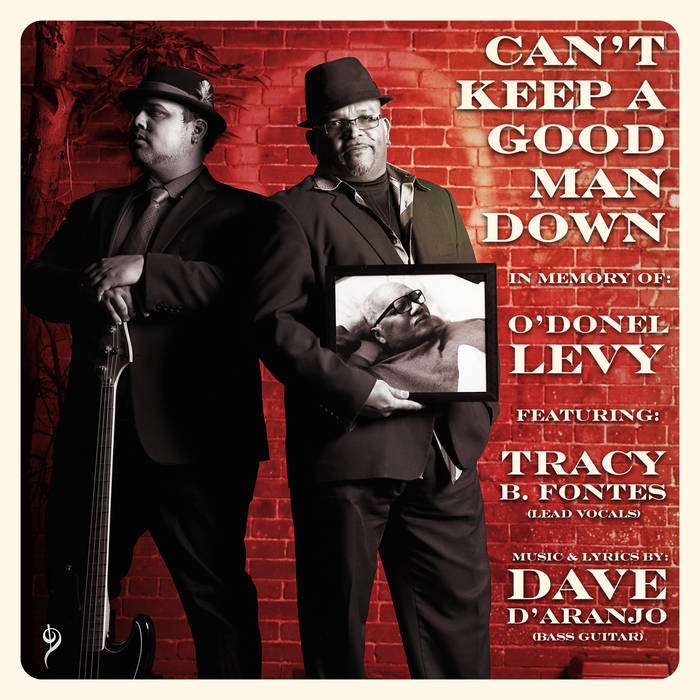 80% of proceeds from the purchase of this album will go to the American Stroke Association: www.stroke.org

I first met “O.D.” around 2001. He was living in Singapore at the time, and I was still in high school - just beginning to play drums and bass at local Singaporean music venues such as The Voodoo Shack, Bernie’s, and The Crazy Elephant. O.D. was incredibly cool & supportive to a youngblood musician with no experience. His incredible trio with Eddie Jansen on bass and Jimmy Lee on drums put on some of the most jaw-dropping performances on the whole island. He could get a whole venue dancing in no time, and O.D.’s lightning-fast guitar playing - and ability to sing truly as one with his guitar - were legendary. He was a true musical artist - a consummate instrumentalist - and had an incredible career before even moving to Asia. He recorded on the esteemed Groove Merchant record label, and worked with the likes of George Benson, Jimmy McGriff, Herbie Mann, Eldee Young, Jeremy Monterio, Steve Gadd, Tony Levin, Charles Covington, Chester Thompson, Eric Ward, Sonny Lester, Cecil Bridgewater, Lew Soloff, Bill Waltrous, and more. I couldn’t believe such a luminary was gigging at the neighborhood bars in Singapore.

Back then, O.D. would often call me up to play on a few tunes, and always treated me like a colleague - never a “kid”. This made a huge, positive impact on me and was a major factor in my choice to be a professional musician for life.

After moving back to Baltimore, O.D. unfortunately suffered a massive stroke in the recording studio in 2006, leaving him unable to take care of himself or use the left side of his body. He moved to the Summit Park Health and Rehabilitation Center in Catonsville, Maryland. He would remain there until his death in 2016.

In 2007, September 20th was designated as “O’Donel ‘Butch’ Levy Day” in Baltimore, MD by then mayor Sheila Dixon.

I first was able to visit O.D. in the USA in January 2014. Though it was sadly clear he wouldn’t be able to play guitar ever again, he always remained in good spirits with his famously sharp wit. We had long talks in his hospital room over several visits, and he always kept positive that he would someday recover and be touring again. The last time I saw O.D. was on September 20th, 2015 - his 70th birthday. O.D. passed away on March 14th, 2016, 12:43pm EST having lived 70 remarkable, musical years.

I started writing “Can’t Keep A Good Man Down” around 2010, with the intention of O.D. recording vocals and guitar for the song. It wasn’t until I visited him in 2014 that I realized this wouldn’t be possible. I didn’t realize how utterly disabling the stroke had been. To be honest, when I first saw him, I initially couldn't recognize the vivacious, outlandish stage performer I first met in Singapore over a decade before. The loss of human artistic knowledge & ability due to strokes and old age cannot be quantified. But O.D. lived a remarkable life, and was beloved the world over.

As with many of my song projects, this took a very, very long time for me to finally complete. After writing the demo in 2010, I first approached saxophonist Jeremy Valadez of the famous Chicken Slacks Band at The Cantab Lounge in Boston, MA to help find horn players for my arrangement. Notably, this recording features bari sax by Bruce “The Goose” McGrath, who sadly also joined the great gig in the sky in 2012. The Cantab Lounge closed in Summer 2020 due to the effects of COVID-19 on entertainment venues in Boston.

O.D. had an amazing, musical, and international life that isn’t really reflected at all in this song. My song was meant to be some motivation to keep keepin' on when things look really bleak. I’d suggest checking out O.D.’s own albums - particularly “Bad Simba” and “Asia Beat” - for a truer sense of his style and phenomenal abilities.

But perhaps by releasing “Can’t Keep A Good Man Down” today - in the midst of the COVID-19 pandemic - on what would’ve been O.D.’s 75th birthday - I am trying to invoke his energy and optimism, in order to manifest some positive change in this tough era.

80% of proceeds from the sale of this album will go to the American Stroke Association.

Bandcamp Daily  your guide to the world of Bandcamp